Whew! What a crazy year, am I right? I know I’m not the only one who didn’t expect it to turn out this way. Like with many others, 2020 has managed to mess with all my carefully laid plans.

First, the release of the third book in my trilogy, WARREN THE 13TH AND THE THIRTEEN-YEAR CURSE. The book’s publication had already been delayed due to production issues, so I was so excited for it to finally come out on March 24th! I was also looking forward to going on another 3 week book tour with illustrator Will Staehle to promote it.

Here I am at the beginning of the year with all my book-babies, together at last! So guileless. So happy. I had no idea what was coming. 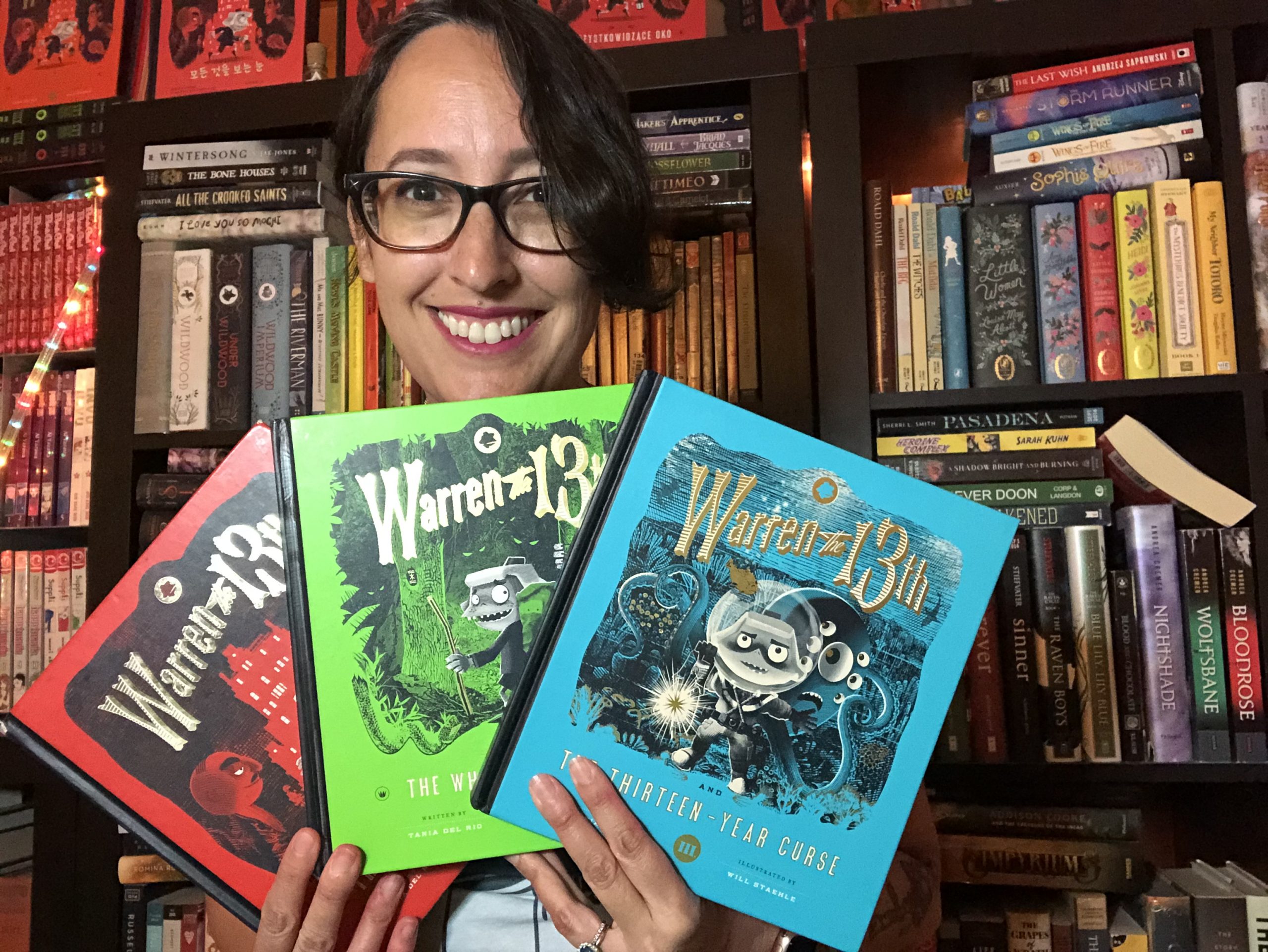 As you probably recall, March is when all the Covid-19 stuff began ramping up and Stay-at-Home orders were announced. Almost overnight all our planned events were cancelled. Bookstores and schools were shut down.

Not only that, but my husband lost an entire year’s worth of work as a touring sound engineer too! Talk about stress.

Granted, it’s been a struggle for everyone, especially those who have actually dealt with the virus and illness firsthand. Thankfully my loved ones and I have managed to stay healthy through all this, knock on wood.

But on a purely professional level I have to say it really sucks to release a new book at the start of an unprecedented quarantine. I tried my best to rally and I took part in a lot of virtual promo events and zoom panels and such. But…it just wasn’t the same. More events were cancelled, including the Los Angeles Times Festival of Books, where I was supposed to be a panelist. That one stung – it’s always been one of my favorite events, and to take part was an honor I was really looking forward to.

Oh, yeah. And during this time we also learned that a major studio that had been developing a Warren TV series decided to not renew the option. Absolutely heartbreaking, especially after getting a glimpse of what was in the works.

Soooo….I fell into a bit of a funk for a while.  But the quarantine turned out to be a bit of a blessing in disguise. During the initial lockdown when I wasn’t able to go to my day job, I found myself with a lot more time on my hands than usual. Which meant I got to write more. (And play World of Warcraft, but we won’t talk about that.)

I even joined a few zoom writing sessions, which was so motivating, even though I was just quietly tapping away on my computer alongside other people quietly-tapping on theirs. Before I knew it, I was making great progress on my WIP, a Latinx middle grade fantasy novel that I’ve been struggling with for the past five years or so.

After writing and scrapping and re-writing several drafts over the years, I finally hit the draft I was aiming for. The synopsis snapped into place. The words flowed. It was glorious! And before I knew it, I was typing “The End”! 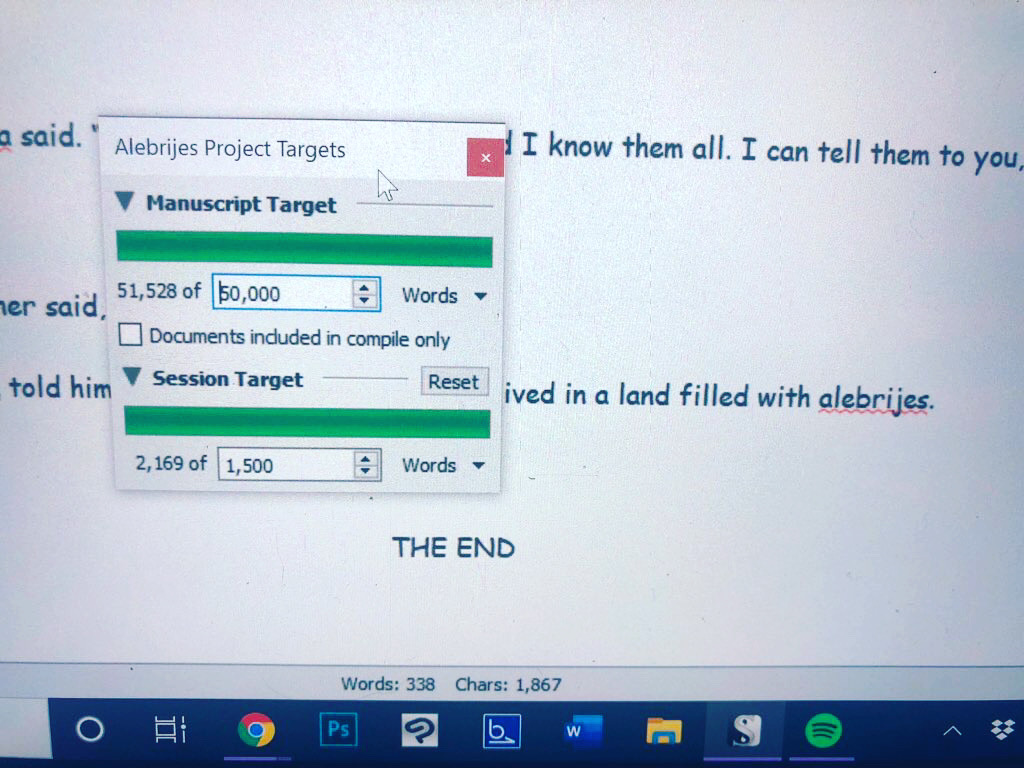 Of course, that didn’t mean I was done. I did another fairly extensive revision and sent it out to a couple trusted readers. Then I revised some more and sent it out to more people, including some of my Spooky Middle Grade colleagues who were so kind to read and give me additional notes and suggestions.

And now, after even more tinkering and revising, I think it’s finally ready to query!
Just to dip my toe into the water, I decided to take part in #PitMad earlier this week, just to see if I got any interest. I really set my expectations low. I know a lot of people who have participated without much success, so I wasn’t getting my hopes up at all. If anything, it was just a way to practice my elevator pitch and put myself out there after being in writer-recluse mode for so long.
Here’s my pitch: 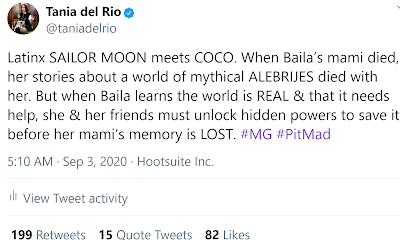 I was stunned when, by the end of the day, my pitch had received 200 retweets and 82 likes, 20 or so of which were interested agents!
Holy cow! I can’t tell you how much my heart is bursting over this. I just feel so incredibly grateful for all the kind and supportive tweets I’ve received, and for all the boosts. Now my Labor Day weekend will be spent looking into these agents and sending out my first round of queries – I can’t think of a better way to spend it!
This book is the book my heart. That’s why it was so hard to find the right way to write it. I wrote it for my 10 year old self who craved a story with Latina heroines, magical animals, sparkling snow, golden pyramids, mouth-watering food, and ride-or-die friendships. Now I have hope that it’s a story other people will want to read as well.
Of course I know the road ahead is long. Just because an agent liked my tweet doesn’t mean they’ll like my book. Rejection is part of the game, and it will likely be years before my story ever hits shelves, if at all. But right now, I’m just hanging onto the glowy feelings. They come so rarely! I just hope my little book finds a home one day!
Warren Book 3 Cover Reveal!